Pistorius and Paddy Power – making a killing at the betting shop.

I have been watching the build up to the trial in the media of Oscar Pistorius who shot and killed his girlfriend through a locked bathroom door and will face trial tomorrow.

That was horrifying me enough and I will write about the media glee at having such a "juicy story" to salivate over later.

Whilst I was doing so a friend pointed out this…. on the betting site Paddy Power they are offering bets on the verdict. They have odds listed. 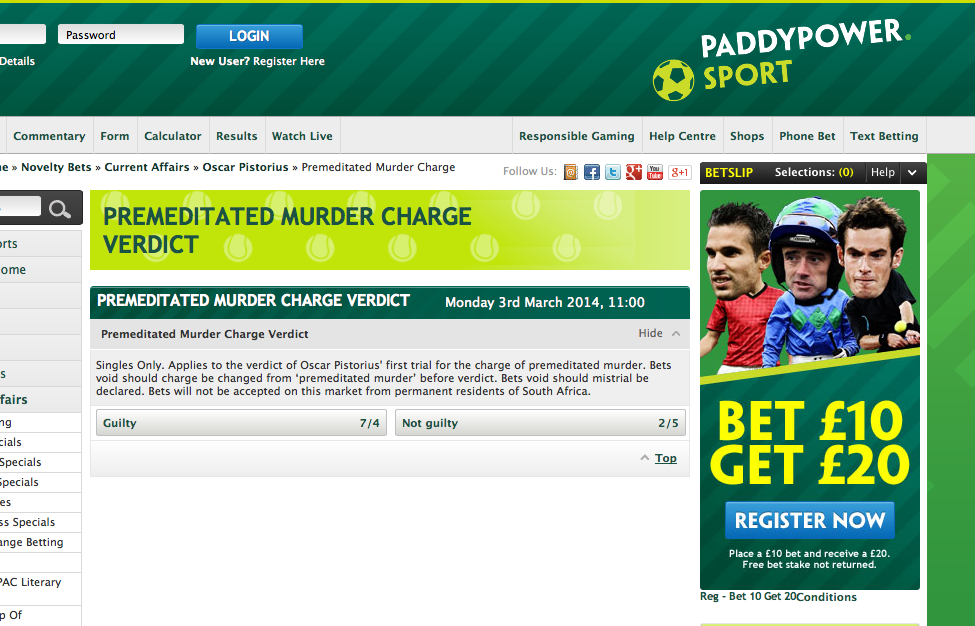 These unconscionable people have decided that the brutal murder of a young woman is something that it is fair to make money on. In fact as you can see it is "Sport".

I need to point this out to Paddy Power I think, yesterday Chelsea beat Fulham 3-1. That is sport. It looks like this… 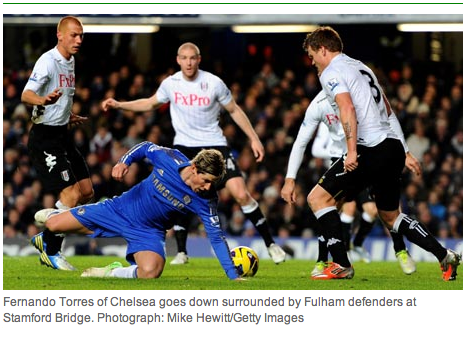 On February 14th 2013 Oscar Pistorius walked to a locked bathroom door with a loaded gun and shot Reeva Steenkamp 4 times though it. The bedroom was a covered in her blood. Her family have been grieving for the loss of their beautiful daughter ever since. That looks like this. It is very very different from sport. 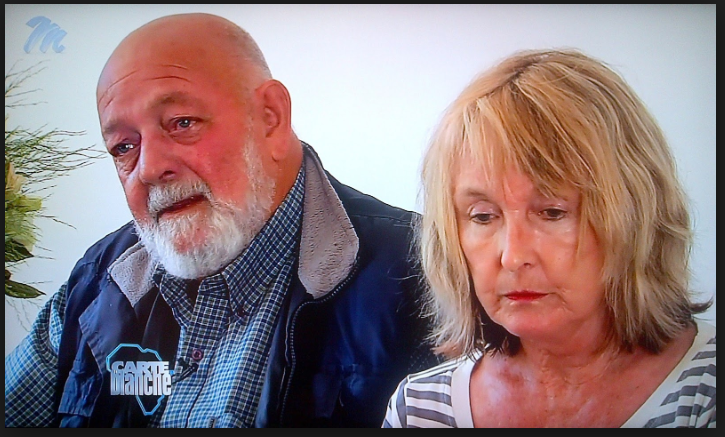 In the UK last year 138 women died as a result of male violence.

At the time of Reeva Steenkamp's murder, in the space of a month in South Africa, a man was charged with chopping up and beheading his wife with a machete, a man was charged with raping a 2 year old girl fighting for her life in a hospital, and 15 men were being hunted for raping a 23 year old woman in an ordeal that lasted for hours. Reeva herself was campaigning to bring awareness to the issue of violence against women and girls after a 17 year old was brutally gang raped and mutilated that month by her ex-boyfriend and his associates. She managed to identify them before she sadly died in extreme pain.

If you even had a smidgen of conscience or humanity would you really run an ad of this type in the national media?… 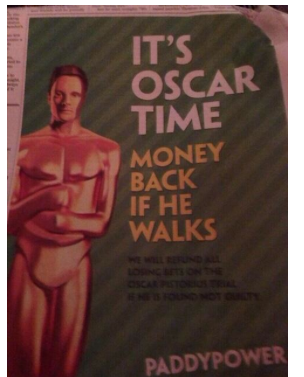 Women please take to Twitter and urge them to do so.

Sign the Petition urging Paddy Power to remove their advertisements offering bets on the outcome of the trial.

This is cross-posted with permission from Jean Hatchet.

4 thoughts on “Pistorius and Paddy Power – making a killing at the betting shop.”