Australian Andrew Klaussner, 40 has been sentenced to 15 years in prison for strangling partner  Elizabeth Barnes, 39, on September 26, 2013. You would not realize that Klaussner committed murder  from the original title and tweets used by The Age who went with this headline: 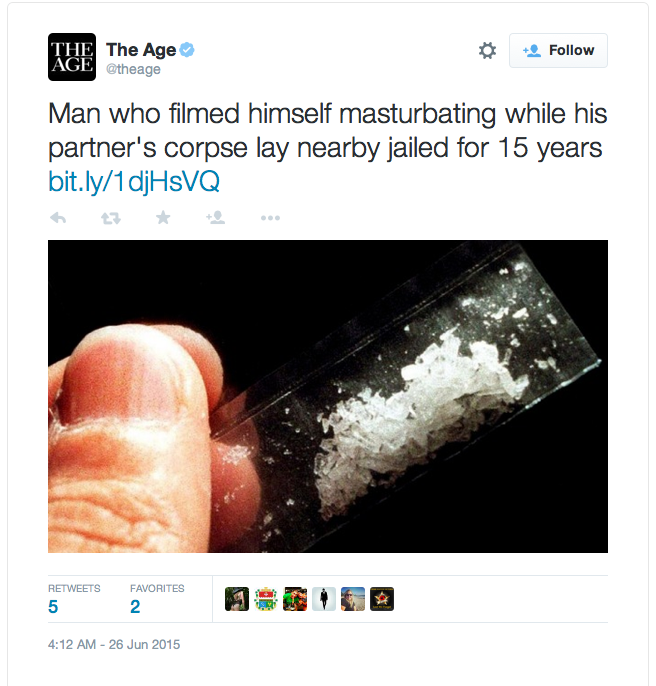