Do footballers need rape prevention classes? asked the Daily Telegraph on 4th December 2014. Well firstly, the entire male world needs ‘rape prevention classes’; it has to start from childhood. Footballers are being singled out, which I have an issue with. While there is undoubtedly a culture of male entitlement and misogyny within the hyper-masculinised culture of football and sport generally (we need look no further than Mike Tyson, Stubenville, Oscar Pistorius et al), singling out one group of men is othering. This is something that feminists have been fighting against for decades. Sexual violence, male entitlement and misogyny are not the preserve of one group of men, they are universal. The difference is that some groups of men are treated, societally, differently from others; some men are afforded greater status and excused more than other groups. These attitudes are often rooted in classism, racism and ‘celebrityism’.

Let’s go through this piece paragraph by paragraph. What is immediately apparent is the photo, carefully chosen to reflect the intention of the piece that women lie in wait, siren like, to ‘bag a footballer’. Let us not forget that the offensive acronym 'WAG' was created specifically for football to denigrate women. So here we have a group of women, lined up on stools, carefully designed to look like bare backsides, all but one, dressed in black, Robert Palmer style, like the proverbial ‘bar (Venus) fly (trap). In fact, you can almost hear ‘Addicted to Love’ ringing out. 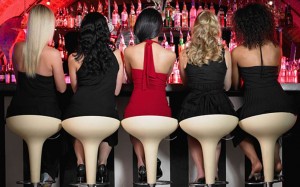 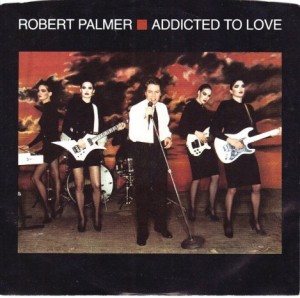 Here is a great blog about the Telegraph piece, so I won’t repeat what has already been written, however, I will add my voice here.  The sub heading reads:

The verb ‘embroiled’ is either carefully chosen, or unconsciously reveals the true mind-set of the author.  Note the passive conveying the impression of some unwitting poor male, a hapless soul finds himself in a situation, beyond his control  – Candide-esque, through no fault of his own.  This is conferring rapists victim status.  ‘Allegations’ also carries connotations of doubt and frequently in the media is preceded by the word ‘false’.   The roles of perpetrator and victim and subtly switched here and this image continues throughout the remainder of the piece.

On it goes, the tone has been carefully set.  The opening two paragraphs are thus:

A few years ago, I thought I detected a strange atmosphere while perched at a bar in a central London hotel. It was just after Christmas, a time when these sort of places are normally packed with garrulous families and excited couples – but this particular bar seemed hushed. There were more women than men sat at the tables around me, and they were almost all young. Everyone had a drink (they were old enough to drink), but no one was approaching the bar regularly.

It turned out that the room was expectant. Later that afternoon, a group of Premier League footballers walked through the door and merriment was suddenly on tap. Champagne and selfies flowed.

So, here the emphasis is no minors involved’ (they were all old enough to drink).  In other words, we’re not talking about those under the age of consent, these women know their own minds . . . and HAVE CAPACITY folks.

An ‘expectant’ room, anticipating the arrival of premier league footballers.  Men walking into some kind of trap.

I'm reminded of the scene while talking to Russ Whitfield, the Director of Liberton Investigations and co-founder of Prevent, Inform, Protect (PIP) training, an educational course that is designed to prevent professional sportsmen from becoming embroiled in sexual allegations. Whitfield spent 30 years in the police force, where he specialised in sexual offence investigations, before deciding that there was a need to educate high profile young men about the potential dangers of a night out.

Please bear with me but there’s an awful lot to unpack here.  Firstly, let’s talk about Russ Winfield. Liberton Investigations is championed on the Ched Evans website, the very same that protests Evans’ innocence, has obtained possibly illegal footage of the CCTV of the woman Evans raped entering the Premier Inn, where he raped her.  Mr Winfield was expected to be present in the car which conveyed Evans, upon his release from prison.

"I’d never looked at it like that before – the risk they are at of their reputation being ruined."

A plague of women! Oh these poor ill-fated footballers and those sirens who stalk them.  And we’re back to the reputational ruin narrative.  After all, that is the priority here.  Not the lives of women they’re having to rebuild after sexual violence, forced into witness protection programmes, vilified, targeted with rape and death threats, suffering trauma, revictimised by a misogynistic and victim blaming society.

Upon a little more delving, Mr Whitfield in a previous role of Superintendent from Sussex Police comments thus about a campaign [1]:

The message for women is that drinking too much can make them vulnerable to sexual attacks and men are warned that a person must properly consent to sex and be in a fit state to consent, otherwise it is considered rape.

Notice the contrast here between the active of women and the passive of men above and women being blamed for rape.

Back to the Telegraph piece:

Whitfield's point is not that footballers are the target of false allegations – he is as certain as he can be that no one begins a night out with the intention of contacting the police – but that their age, fame and disposable income make them susceptible to the type of scenario where things go wrong. And yet no one is equipping these men with the tools to deal with the situation.

OK, well, even if we accept this at face value Whitfield is a known supporter of Ched Evans.  Look no further than this.  I am unclear why age, fame and disposable income make men more likely to be accused of rape if Whitfield believes that footballers are not the target of false allegations.  What he should be saying is ‘men, you are not entitled by virtue of your sex, fame and wealth to rape women’.  However, what he is really saying is ‘lads, let me teach you how not to get caught and how to protect yourselves from money grabbing malicious women’.

The name of Whitfield’s programme is Prevent, Inform, Protect (PIP) training. The key word here is ‘protect’.  Let us not kid ourselves, this is all about protecting men’s reputations and careers, not preventing rape.  The Telegraph piece continues:

Ah, the ‘blurred lines’ trope, riddled with myths and reframing sexual violence as a misunderstanding and post-consensual sex regret.

Alongside Maggie Ellis, the founder of rape crisis charity Life Centre, Whitfield talks his students through a typical night out, stopping the narrative at various points to interrogate them on how they feel about the hypothetical situation. "We use a fairly simple traffic light system, so there’s green, red and amber cards," he explains. "Green means everything is OK, because let’s be honest, people who have had alcohol do have sex. This isn't about not having sex.

Here the article introduces Whitfield’s partner and implies that Life Centre is part of Rape Crisis England and Wales.  While lower case letters are used it is nonetheless misleading.  Whitfield goes onto reassure these men that they can still get the sex that they’re entitled to and if you have a safeguards in place (I’ll come to that shortly), you won’t be accused of rape.

At each interruption, Ellis calls upon her experience as a psychosexual therapist to put across the point of view of the survivor.

I personally am extremely disturbed by this.  Why is it necessary to refer to Ellis’ background in this context? Psychosexual therapy here is conflating sexual violence with sexual dysfunction.

"It’s quite a shock to young footballers when I say ‘If an allegation is made, you will be arrested'. They say ‘well I haven’t done anything’. It doesn’t matter. You will be arrested. And not only will you be arrested, you will go in the same cell block as everyone else. There’s no separate cell block for sports stars; you go in with all the drunks and druggies

"You may think you’ve had a perfectly normal, nice night out, but you will be arrested and your penis will be swabbed and your pubic hairs will be combed. Even if you think you're totally innocent, your name will be in the paper."

Nothing compared to the forensic medical examinations that women have to undergo when they report rape. But yet again, victims’ voices are completely erased, the priority is men’s reputations and careers.  As always.  And we can't have privileged footballers sharing cells with 'drunks and druggies'.

Alongside these shock tactics, Whitfield suggests techniques that can help the men protect themselves from allegations. He admits that "some people may find [this part] controversial", but maintains that "It shouldn't be taken as ‘how to get off having done something’. It’s about thinking: ‘If I have consent, how do I know I have consent, and what can I display later on should anything come in’."

Such evidence might include text messages exchanged between the two people involved, or friends in the group witnessing them communicating and consenting. "That doesn’t mean saying out loud ‘do you mind if I have sex with you’", says Whitfield, "but instead of whispering ‘do you fancy coming back to mine’ you’re actually saying it in front of the group. It means there’s more of a communication; dialogue takes place."

Here comes the ‘safeguarding’ aspect. In other words, get as many witnesses as you can muster and gather as much written evidence as possible beforehand so any woman you rape will not be believed, because naturally flirting,  any other engagement and her agreeing to come back to your place means that sex is definitely on the cards! Follow these rules before you rape her as it undermines the case against you, because our patriarchal criminal justice system is predicated on rape myths and victim blaming. Work the system rather than respect boundaries and understand moral and legal issues around presumed consent.

In the meantime, Whitfield and Ellis have taken PIP training to universities, where Freshers Week sees droves of sexually charged young people who are away from home for the first time mix together over a small ocean of alcohol. It's exactly the type of situation where Whitfield sees scope for the type of "naivety" that can bring two worlds crashing down in one booze-soaked evening. His message, whether for footballer or fresher, remains the same:

"They have an equal responsibility. The bottom line is that if they have any doubt about consent at all, they're the ones who should be saying no to the sexual encounter".

Yet again, we’re hearing the message that sexual violence is all about misunderstandings.  It isn’t.  Rape and sexual assault are choices and research shows, often planned.

This is the best way to prevent rape: 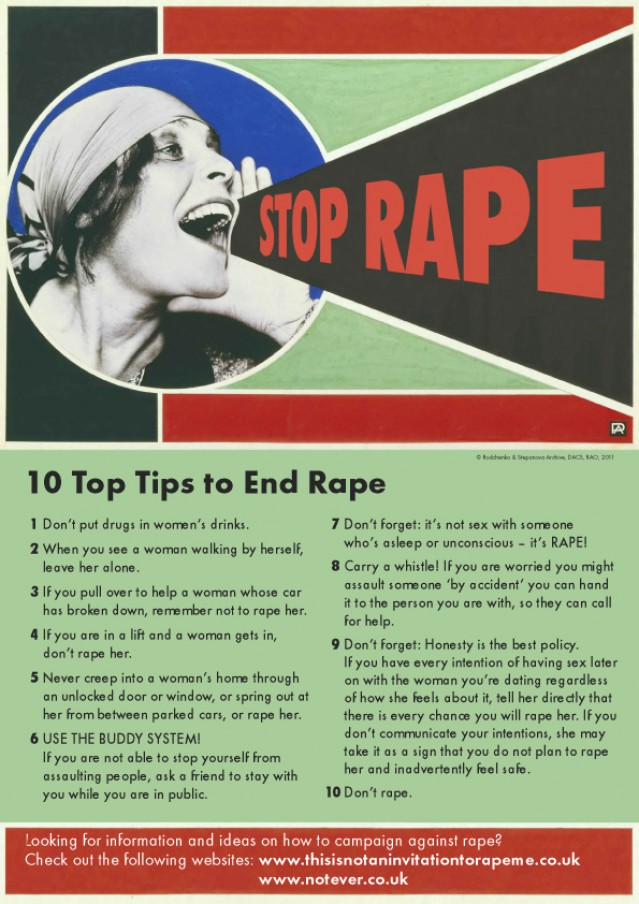 This is a collaborative piece borne out of a Facebook thread, where the following women contributed observations and provided links which are featured in the above piece.

@Nik4NetherEdge made the connection between Liberton Investigations and Ched Evans

[1] – a friend did the research here and provided this link

2 thoughts on “Protecting footballers’ reputations is not rape prevention”