Hypocrisy of media in dealing with child sexual abuse

This image speaks for itself: 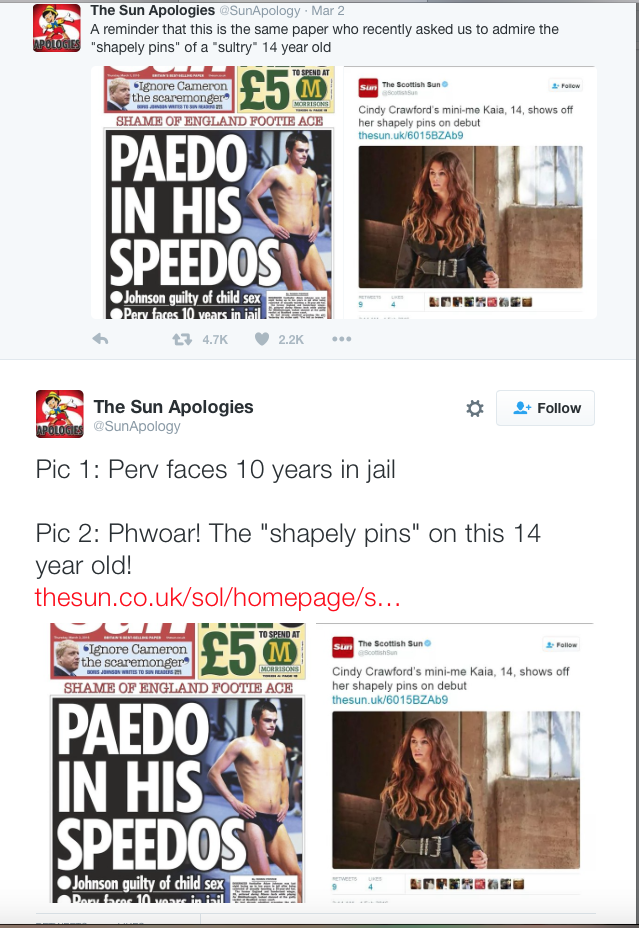 Note: Why we do not use the term paedophile

... It has become clear that the term 'paedophile' is now most commonly used to collectively describe child sexual abusers. It seems to refer to a type of abuser - usually one who is abusing children outside of the familial setting, the 'loner' with uncontrollable sexual urges, who appears 'different' to others within the community. ...

Describing men who sexually abuse children in this way focuses on their 'deviance' - an 'abnormality', a 'sickness'. It stops us looking at men's entitlement, the notions of ownership and we lose the option to talk about choice & responsibility for our own abusive actions. If 'paedophilia' is thought of in these terms, we become distracted away from the real issue, which is actually one of ordinariness. ...