So an account that seeks to challenge the damaging myths and untruth about prostitution/sex work was a subject of controversy today.

This time, it was a damaging myth about children who are raped. 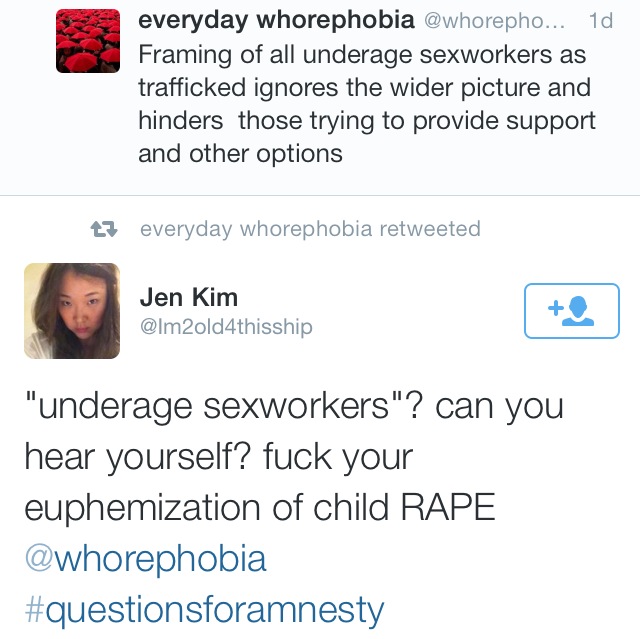 The tweeter from @whorephobia believes that children can be sexworkers. Their core belief is that people who choose sex work have agency and autonomy. They are now extending that to include children.

“Underage sexworkers” by definition are children. Children do not “have sex” - they are raped and abused.

It’s fair to say that twitter is a fast and unforgiving medium. Sometimes tweets can be misconstrued or the tweeter may reflect and recant their views. Not so here. The tweeter continued to defend @whorephobia’s stance and instead of acknowledging the damage caused by their original tweet, the tweeter descended into insults and affirmation that children who are raped are agents of free will when it comes to prostitution. 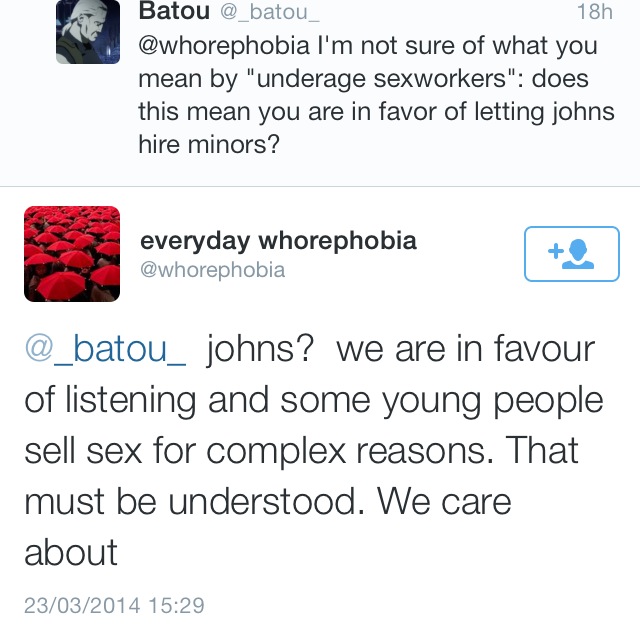 Today this has come at the expense of victims of child rape.

One thought on “Children who ‘sell’ sexual services.”