In what can only be described as a serious failure to understand the nature of social media, EL James, author of the 50 Shades series, held a twitter Q & A to discuss her new book on the series. It's written from the point of view of the abusive man and is simply a checklist of excuses for male violence.

These are some of the tweets from the campaign group: @50shadesabuse 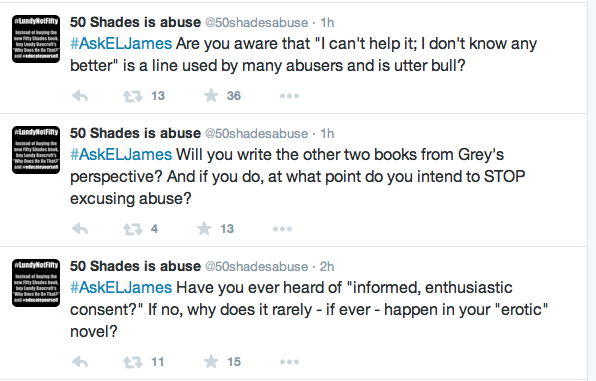 We have storified a number of other important responses to #AskELJames here.

‹ Verbal abuse, emotional rape (content note) Stranger rape may be rare but they are not ‘one-off’ incidents ›