Victim Blaming by Police: It’s Women’s Fault for Not Leaving

This tweet was sent to us by a follower: 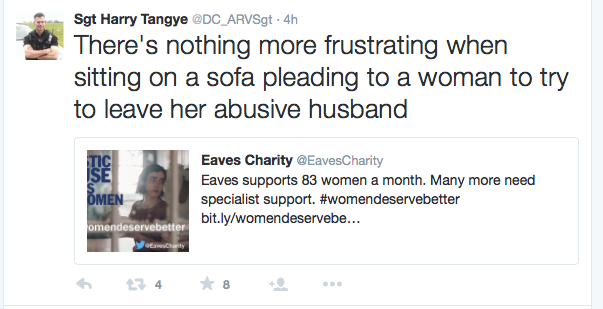 We responded with these comments:

Obviously, we had no response from the officer from the Devon and Cornwall police. These were also sent to him. Look at the response he gives and those tweets he ignores: 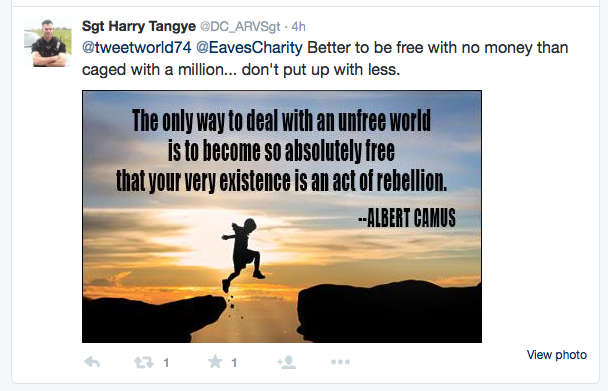 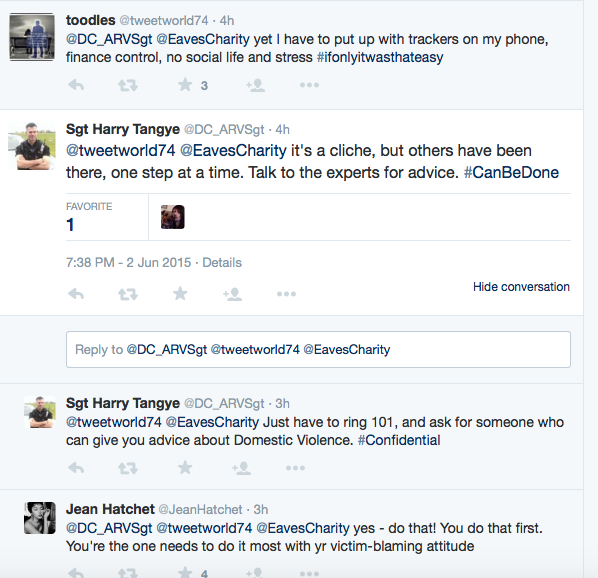 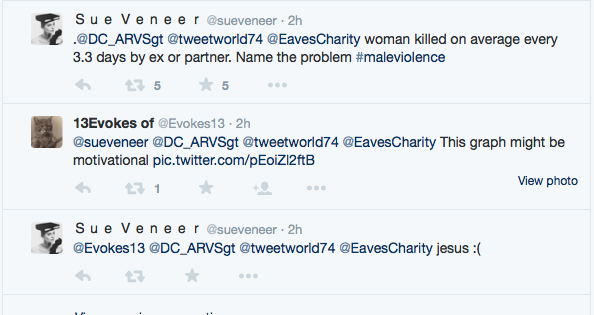 This officer clearly has no understanding of the dynamics of domestic violence. He doesn't realise that leaving is the most dangerous time for women as it drastically increases the chances of experiencing further physical violence or death.

This is why we advocate training for police be done by specialist service providers. Forces across the UK simply aren't doing enough to challenge victim blaming and it's obvious that top-down training from other officers is simply not good enough. This officer is the last person a woman experiencing domestic violence needs to deal with. He hasn't supported her to be safe - instead, he's told women it's their fault.

‹ “It is hoped the relationship will get back on track.” Perpetrators are “high risk”, not victims. ›

One thought on “Victim Blaming by Police: It’s Women’s Fault for Not Leaving”