The Scottish Sun: How to blame children for their sexual abuse (content note)

1. 13 year olds cannot consent to sex. That is child rape.

2. There is no such thing as a "child sex party". The term is organised, multiple perpetrator rape of children.

3. Where are the perpetrators? The children are not raping themselves.

4. It is not a "booze den". Alcohol is used as part of the grooming process. Young girls are given booze in order to be raped.

If the Sun truly cared about these children, the story would read "Young girls in care rescued by police from organised, multiple perpetrator rape". The article would deal with child sexual exploitation, grooming and the increased vulnerability of young girls in the care system. It would also discuss the failures within the system to protect young girls, named the perpetrators and used the term child rape. Salacious and misleading headlines such as this cause serious harm to children and make it more difficult for them to access non-judgmental services. 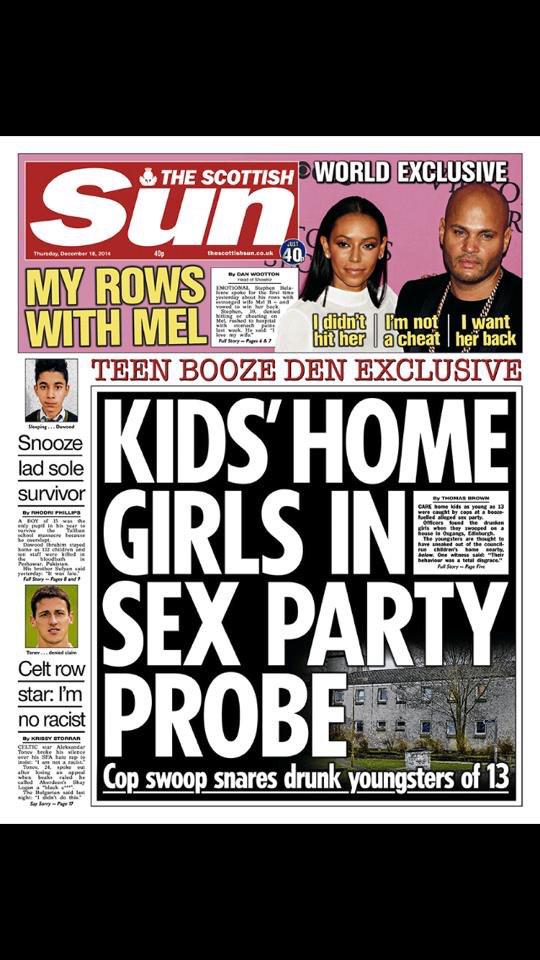 Thank to No More Page 3 for bringing this to our attention.

2 thoughts on “The Scottish Sun: How to blame children for their sexual abuse (content note)”