The BBC and Inaccurate Headlines

This article was tweeted at EVB by @wildwalkerwoman It feels like I read an inaccurate headline like this from the BBC daily since i started following EVB on twitter.

Eight people were not brought before the magistrates on "child sex charges". They were brought up on charges of child rape, sexual assault, inciting a child to engage in sexual activity, and engaging in sexual assault in the presence of a child.

It is utterly reprehensible to use "child sex" since sex requires consent and a child can never consent. It is child rape and child sexual abuse.

Inaccurate and misleading headlines such as these help perpetuate rape myths and make it more difficult for rape victims to get a conviction.

The BBC needs to do better. 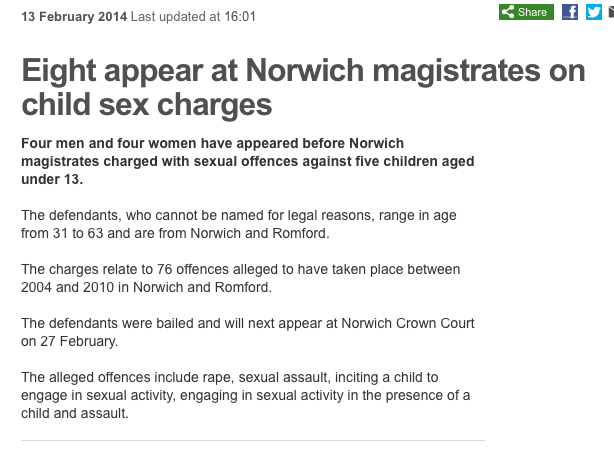 ‹ This is rape. Family Annihilators ›