This is Katie Hopkins' response to Laurie Penny having the unmitigated gall to express an opinion on Twitter.: 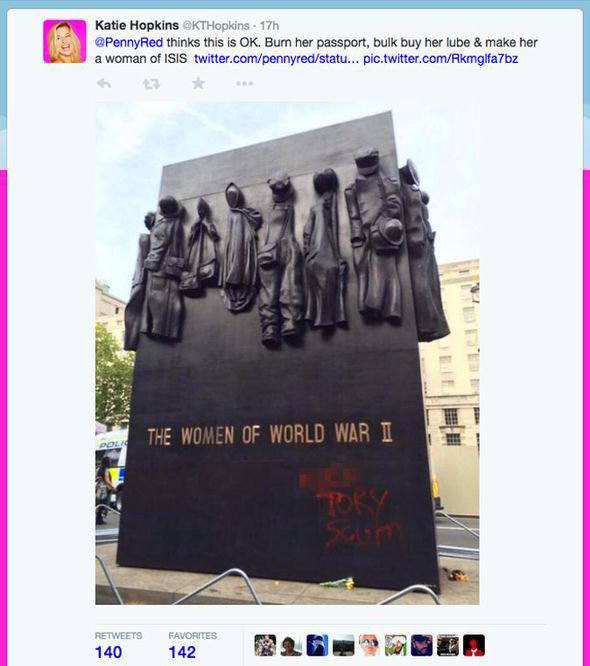 This is very clearly a rape threat. It is not just a threat directed at Laurie Penny - but at every single woman who has opinions. It is the language of misogyny created to silence women and allow male violence against women and girls to continue uninterrupted.

There is no situation when a similar statement could be acceptable. A rape threat is always a form of misogynistic violence. These statements support rape culture: they tell rapists that its okay to commit rape; that no one will actually care about the victim.

We would love to see Katie Hopkins receive a police caution for such a clear threat of violence, but we know it won't happen. Laurie Penny, if she chose to report, would be dismissed by the police as 'hysterical'. She would then be subjected to severe online abuse, harassment and intimidation from groups of men who would see the police response as permission. This is the reality of the culture we live in: Laurie Penny receives a rape threat and she is the one who will experience harassment and abuse - although, we do note a large number of men trying to prove their 'leftist principles' by submitting Hopkins to the same abuse she directed at Penny as though one criminal act absolves men from criminal liability.

Laurie Penny has our full support.

All articles published on this site are the intellectual property of their writers. Articles may not be reproduced, translated or otherwise published elsewhere without express written permission from their authors or Everyday Victim Blaming. Please see further reposting guidelines here.

‹ Richard Littlejohn, Jimmy Savile & the Need for an Independent Press Commission Father kills daughter as she has migraines. ›