Over the weekend, we had a very concerning conversation about FGM with a GP whose twitter bio is:

We're not entirely sure how a GP who claims to be interested in medical education, ethics and professional behaviour can claim that FGM is a "cultural act". The case under discussion is the first prosecution for FGM in the UK with Dr. Dhanosun Dharmasena and Hasan Mohommed currently standing trial. These are the salient facts as outlined in the Islington Tribune:

Dr Dharmasena, who had started his job at the Whittington only a month before, cut through the mutilated part of the vagina and performed an episiotomy to deliver the woman’s baby.

After the birth, the court was told, Mr Mohamed encouraged Dr Dharmasena to sew up both the episiotomy and the inner vaginal lips, which he did, returning the vagina to its “pre-delivery state”.

From this, Dr Jonathan Tomlinson assumed the following: 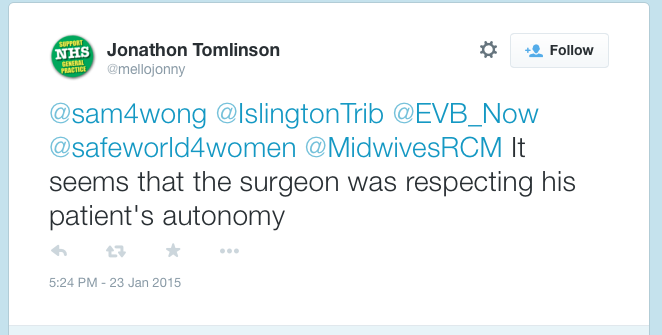 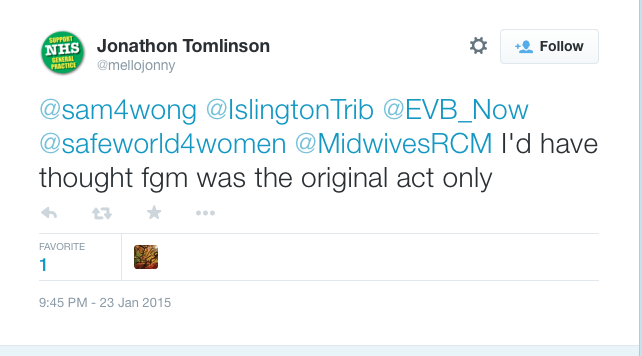 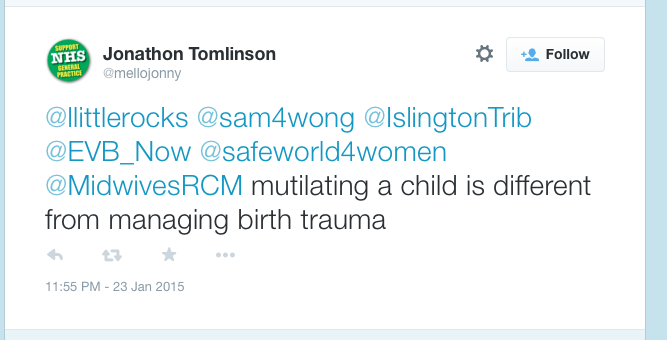 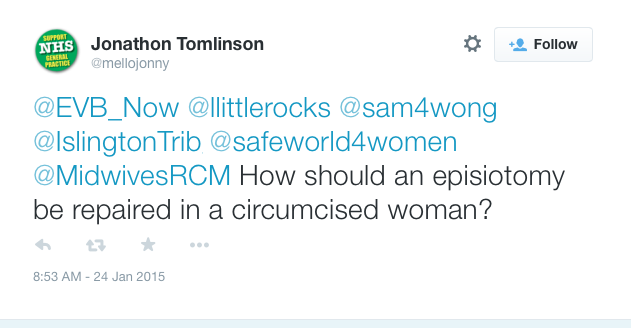 Let us be very clear, FGM is NOT a cultural act and there is huge difference between repairing an episiotomy on a woman who has experienced FGM and returning her body to the "pre-delivery adult state". We are deeply worried about a GP who is concerned about medical ethics but believes FGM is a cultural act. FGM is a form of violence against women and girls. A GP who does not recognise this will put female patients at risk.

There are a number of organisations in the UK who can help medical professionals access information and training.

One thought on “FGM and Medical Ethics”