Oliver Ruse brutally murdered his ex-wife Deborah with an axe. He chose to use an axe in an attempt to decapitate her. He then committed suicide by jumping off a multi-storey car park.

"Tragedies like this bring home to us all the complexities of relationships and the frailties of life."

We are completely appalled by this statement. Evidence submitted by Detective Inspector Eamonn Bridger demonstrated that Oliver had threatened to kill his ex-wife following their separation. The murder of Deborah is a domestic violence homicide. This type of murder-suicide, perpetrated by men, is so common that it is a recognised form of fatal male violence and is commonly referred to as "family annihiltion". McCarthy's statement makes it absolutely clear that he has no understanding of domestic violence or fatal male violence against women and girls.

Oliver made a choice to kill his former partner. It has nothing to do with the "complexities of relationships". That statement insinuates that Deborah was partly responsible for her own murder. These types of murders are about male entitlement and ownership of women's bodies. Oliver killed Deborah because he believed he had the right to do so, not because of the "frailties of life". It is absolutely appalling that a legal proceeding now lists the victim as partially responsible for her own murder.

Kevin McCarthy needs to apologise for this statement and attend specialist training on domestic violence. 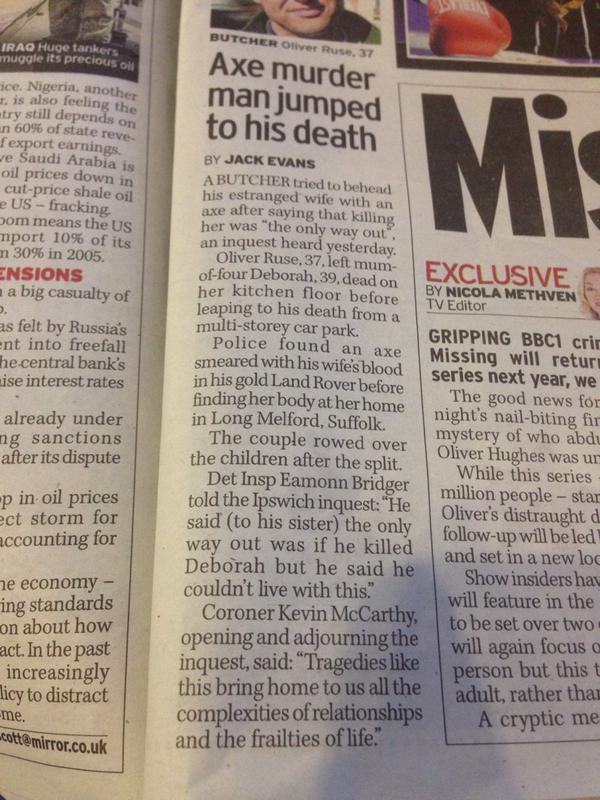 Thank you to @jsoosty for bringing this to our attention

3 thoughts on “Family Annihilators: Demonstrating the “complexities of relationships””