We can't quite work out if this poster is the quintessential example of misogyny we've seen this year, seriously stupid or both. 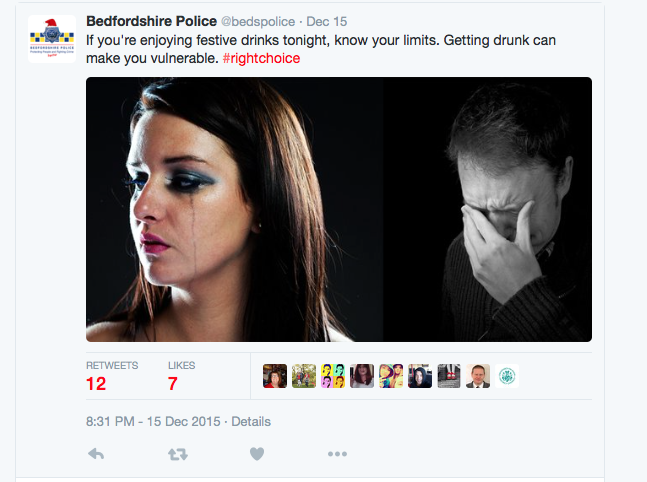 There are two ways to read this poster:

It's obvious the woman is upset not because she's been raped but because it is her fault for being raped. This is why they've used the tag #rightchoice. If only the victim had been a better, smarter, more careful .... then the perpetrator would not have been forced to rape her. Her failure to make the #rightchoice makes the perpetrator's choices invisible.

We honestly can't begin to imagine what the creative team behind this campaign were thinking or why it was approved. It needs to come down and Bedfordshire Police need to make a formal apology. There is no excuse for this type of campaign. Police 'safety' campaigns put women at risk and make it more difficult for women to report.