The ad below was tweeted into our timeline this morning. We have serious reservations about an anti-rape campaign which uses triggering images to reflect a very narrow definition of rape. The ad comprises of two pages stuck together, when you pull them apart the image is of a woman on her back with her legs spread open with the phrase “if you have to use force, it’s rape". 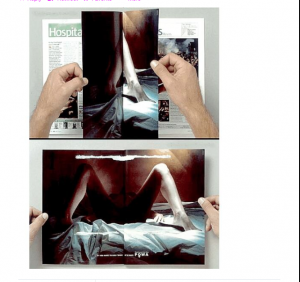 It is absolutely essential for anti-rape programs to address perpetrators but they cannot use sexually suggestive images as above. A much more effective anti-rape campaign has been developed in Scotland. These are the images used in the "We can stop it" campaign. 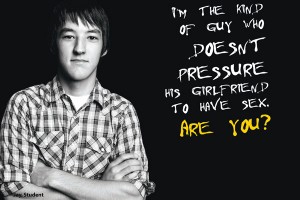 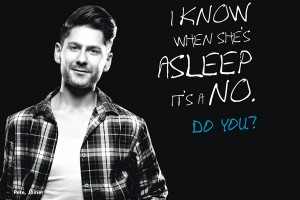