1/3 of police forces are “inadequate” in dealing with child protection.

This week, Her Majesty's Inspectorate of Constabulary published a report into child protection called In Harm's Way: The Role of Police in Keeping Children Safe. No one who actually works in child protection or is involved in child safe-guarding will be surprised by the findings of this report. The HMIC "examined 576 case involving children, from across eight forces". They "assessed less than a third of these (177) as being of a good standard and less than a third (179) as adequate, while more than a third (200) were judged to be inadequate." The report only covers 8 police forces but the findings can be extrapolated across all police forces.

We've selected some of the 'highlights" that demonstrate the systemic failings in child protection within police in England and Wales from "initial contact with the police, through to investigation of the alleged offences, and regardless of whether he or she was a victim or an offender."

Much of this comes under the heading of stating the obvious. We know there is massive under-reporting of child protection, that the police and others responsible for safe guarding children do not communicate effectively with one another, and that children simply aren't believed. We know that systemic police failings result in further harm to children and we know that inadequate training negatively impacts on policing. This is why we campaign for mandatory, specialist training on victim awareness, violence against women and girls, and domestic and sexual violence and abuse. Top-down training with senior police officers training others does nothing to challenge institutionalized racism, classism, misogyny and victim blaming within the police.

No one who works with victims needed a report to know that police are failing children.

We also weren't at all surprised to read this comment:

The criminalization of young people is well-documented in numerous studies. What was important to catalogue is the fact that whilst the police were no-criming the rape of children, they were also arresting children for minor infractions. 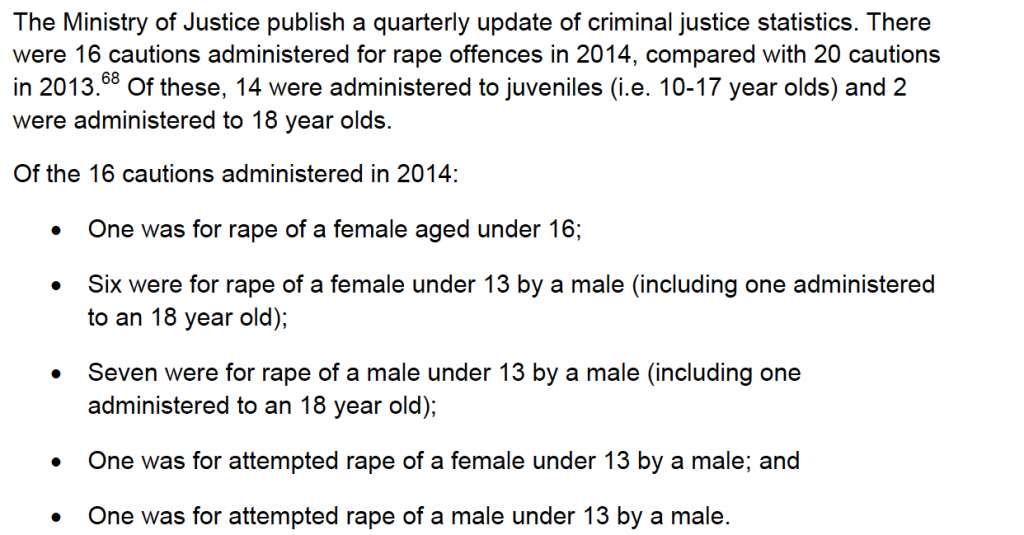 There is a huge difference between a child criminalized for running away and a child who commits rape. One is a gross misuse of the criminal justice system and the other is a complete failure of the criminal justice system. We would like to see the data on which children were criminalized for fighting with a sibling and which were cautioned for rape. We suspect that systemic racism, misogyny, and classism within the police are responsible for deciding which children need support and which children are classed as thugs.

The report also states that very few of the "runaway" children were asked by appropriate professionals why they had run away. This failure puts these children at greater risk of domestic violence or child sexual abuse and exploitation. Serious failings by officers in interviewing children appear all over the report. It's very clear that first-response officers and those not working within specialist units do not have the training or the skills to work with vulnerable witnesses or perpetrators (this is as problematic for vulnerable adults as it is for children).

The first reference to race and ethnicity was in the section on so-called honour based violence:

There was no discussion of how systemic racism within the police impacted on which children were deemed 'vulnerable victims' and the differences in how perpetrators were treated until the end of the report with this:

The report recommendations do not include mandatory collection of data on age, gender or race/ ethnicity in order to identify where children are being criminalized or unprotected due to systemic racism, classism and misogyny. This data is essential in order to improve child protection. It is also essential to make it clear just how systemic racism, classism, and misogyny are within the police.

These are some of the failures listed in the report:

And the case studies:

Some of the recommendations made in the report: 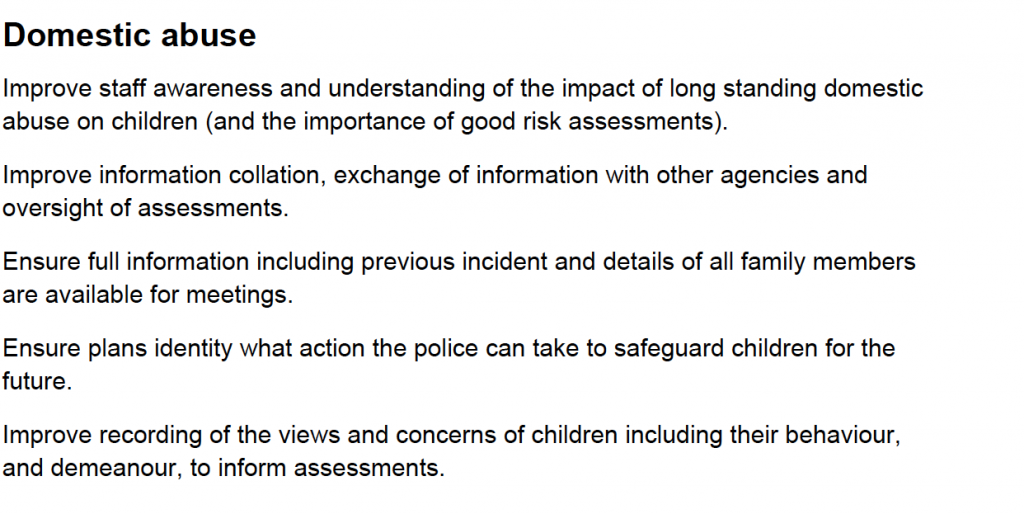 Police failures in all forms of child protection have been well documented for years. Systemic victim blaming, racism, misogyny and classism, combined with inadequate training, has resulted in the failure to protect many children who come into contact with the criminal justice system: as victims and perpetrators. The evidence is clear. We now need to the police to step up and take responsibility for their failures.